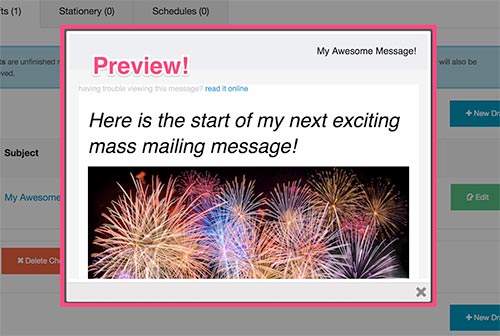 Dada Mail v11.2.x brings changes to the Send a Message workflow, making it simplier, easier and more intuitive to author your mailing list messages, without removing any of the features you've come to depend in Dada Mail!

Sometimes, you want to send only PlainText mass mailings.

This new feature makes this much easier to configure. In v11.2.1 (and above), go to:

Email Addresses can be subscribed twice if cased differently